Authorities in the U.S. said Sunday a monstrous fire in Northern California has grown to become the second largest wildfire in state history, with three people reported missing and thousands fleeing the advancing flames. The so-called Dixie Fire now covers an area larger than Los Angeles and is the largest active wildfire in the United States, (but) one of only eleven major wildfires in the state of California.

Crews estimate the fire which began July 13th will not finally be extinguished for two weeks.

The Taliban tightened its hold around northern Afghanistan Sunday, capturing three more provincial capitals as they take their fight to the cities after seizing much of the countryside in recent months.

The insurgents have snatched up five capitals in Afghanistan since Friday (in) a lightning offensive that appears to have overwhelmed government forces. 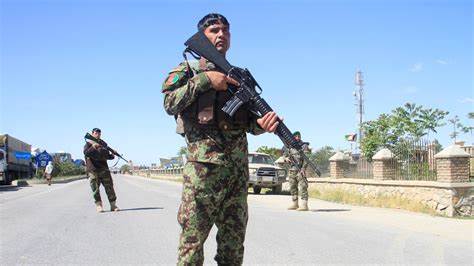 Fighting in Afghanistan's long-running conflict has intensified since May, when foreign forces began the final stage of a withdrawal due to be completed later this month.

Three capitals in the north fell within hours of each other Sunday, lawmakers, security sources and residents in the cities confirmed.

The withdrawal of foreign forces is due to finish at the end of this month ahead of the 20th anniversary of the September 11th attacks. The U.S.-led invasion sparked by 9/11 toppled the first Taliban regime in 2001.

Israel's prime minister said Sunday he holds the Lebanese government responsible for rocket fire launched from its territory whether the Hezbollah militant group launched the weapons or not.

Prime Minister Naftali Bennett's comments come days after one of the heaviest flareups in violence between Israel and Hezbollah in several years and indicates Israel could expand its response if the rocket fire continues.