Hello, I'm Justine Greene with the BBC News.
In Algeria, at least 42 people are now known to have died as a result of more than 100 wild fires in the country. The most intense have t﻿aken hold in forested mountain of the Kabylie region where 25 soldiers have been killed fighting fires. Algeria's president Abdelmadjid Tebboune said troops have rescued more than 100 people from the flames. Sebastian Usher reportes. As in Greece and Turkey, great walls of fire have risen up in forest that cover the hillsides in Kabylie region of Algeria. In a mobile phone footage, people can be seen running from the flames looming of the towns and villages. The authorities have said they believe only criminal activity could cause so many simultaneous conflagrations in different locations. But for many inside and outside Algeria, the hellish scenes would only add to fears over the growing threat to lives and livelihoods posed by unprecedentedly high summer temperatures.
North Korea has told South Korea and the United States that they are risking a huge security crisis by choosing to go ahead with joint military exercises. Laura Bicker has more details. Pyongyang had warned Seoul that taking part in military drills with the Unite States would jeopardize any chance of rekindling the relationship between the two countries, which are officially still at war. However, thousands of South Korea and US troops are going ahead with the annual exercises next week. Yesterday, the North Korea leader's influential sister described it as perfidious behavior and that a dear price will be paid. And now, a high-ranking regime official Kim Yong-chol has warned the allies that they have made a dangerous choice, and as a result, they face a serious security crisis.
The human rights group, Amnesty international, says sexual violence has been used by Ethiopian forces and their allies in the escalating conflicts in and around the separatist northern region of Tigray. The group interviewed 60 Tigrayan women and children who said that they have been raped by Ethiopian or Eritrean soldiers, or the militias fighting with them. 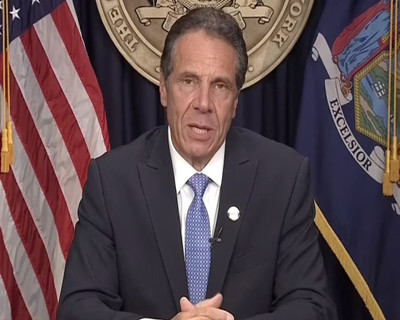 New York State Governor Andrew Cuomo has announced his resignation after a report published last week found that he had sexually harassed 11 women. Mr. Cuomo said the best way he could help was to step aside. Gary O'Donoghue has more details. Cuomo's resignation really, sort of, brings to end the state of uncertainty and a lot of focus on him rather than the other challenges that are facing New York at the moment, not just the pandemic but other issues, too, particularly with crime rising in New York City itself. But, of course, it is not really the end of it for Andrew Cuomo. He is facing potential civil actions from some of these women. There is also a criminal inquiry in Albany, the state capital, which is looking at his behavior. There is always a possibility that could end up in charges.
You are listening to the latest world news from the BBC.